10 things we learnt from the 2017 national assembly budget, by BudgIT & EiENigeria 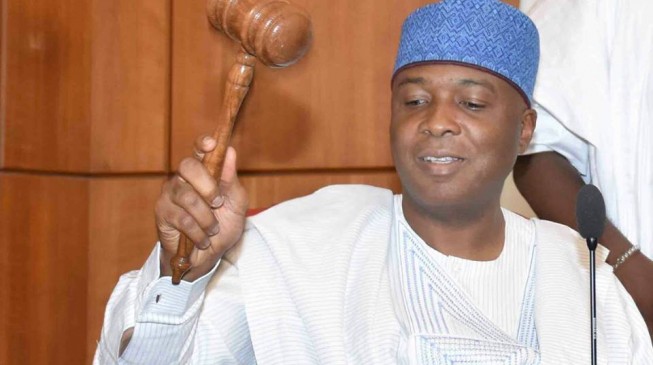 15:28 2017
Print This Article Share it With Friends
👤by Contributor  3 Comments
Advertisement

It’s over! The era of secrecy surrounding the details of budgetary allocations to the National Assembly is now well and truly over. The four-year-old advocacy for accountability in the spending of the legislature finally climaxed last week with the release of the National Assembly’s budget breakdown. As you might expect, there are a few interesting discoveries — it’s not for fun that this is the first such public release in eight whopping years. We’ve learnt many new things, but we’ll share just 10 with you.

One thing you should first realise is that the National Assembly gets statutory transfers. This means that to guarantee its independence, funds must be compulsorily released to it. These funds are not subject to revenue performance and there is hardly a history of National Assembly returning funds to the treasury. You can actually take the National Assembly budget as actual spending. Federal Audit recently indicted the National Assembly management for irregularities with the reconciliations and returns. However, no punishment has been given.

2. Overhead over salary for NILS

The National Institute of Legislative Studies (NILS) has a personnel cost of N285.5m but runs an overhead that is four times the salary of its workforce. The agency plans to spend N489m — more than its personnel cost — on trainings, and another N250m on travels. Don’t forget that this same agency has only N285m earmarked for its personnel costs. The agency also plans to spend N237m on purchase of motor vehicles in 2017 and its permanent office is expected to gulp N2.42bn. Inexplicable!

The General Services of the National Assembly will cost N12.6bn, with National Assembly expected to spend N4bn on parliamentary conferences and bilateral meetings. This is more than the combined capital allocation for 10 federal universities. Engineering Maintenance services has an allocation of N1.13bn and there are layers of such in the budgets of House of Reps and Senate. A sum of N640m is appropriated for constitutional amendment, NASS Information Technology Connectivity will gulp N694m and Insurance of properties will cost N1.62bn. But here’s the most interesting part: cleaning services for the National Assembly will gulp N606m. Want to hit it big without really sweating it? Set up a cleaning company — and get contracted to the National Assembly. Easy!

National Assembly Office or Management has staff whose personnel cost is nearly equal that of a standard University or teaching hospital in Nigeria. A sum of N6.7bn was allocated for the management office personnel costs. Provision of vehicles is to cost N657m, that’s another 33 new cars in a year! Photocopying machines and “other office equipment” will cost N369m. Now you know — in case you didn’t — that photocopying machines, the original ones, are not as cheap as you must be thinking. Security equipment will costs N440m. The costs of travel and training for these agencies will cost over N2bn. Material and supplies and maintenance cost will gulp N1.59bn, N467m is meant for consulting fees and N471m is allocated for insurance premium. The sum of N451m meant for miscellaneous expenses includes refreshment meals, medical expenses and publicity. For a management office of the National Assembly, there is a total sum of N15bn — higher than the allocation for University of Ibadan. Staggering!

After the National Assembly Management planned N657m expenditure as shown above, the purchase of vehicles by the National Assembly Service Commission will gulp N224m. The same agency will spend N275m on travels and N206m for trainings. “Miscellaneous” expenses, which include direct teaching costs and medical expenses, will cost N278.6m. It will be good to mention that there is a functional National Assembly hospital and also a federal government-funded National Health Insurance Scheme. At this rate, even “Mr. Miscellaneous” must be surprised by his own versatility, that ubiquitous ability to surface whenever questionable expenses are being made. Abuse!

6. Professors must be getting jealous of legislative aides

Apart from the huge cost in the National Assembly Service Commission, legislative aides will spend N9.6bn, with N8.9bn being costs for salaries. Why will the entire aides that serve 469 lawmakers get paid more than all professors in a university? Professors must be jealous already! Any undergraduate out there mulling a career in the academia? Think twice, because legislative aides are some of the highest earners around. Incredulous!

It’s hard to think any any different when the Public Accounts Committee will spend N262m, and the bulk of the funds goes to N89m for honorarium and — you heard right — Only plausible explanation for spending so much on food is that the committee members have a voracious appetite for food. The Public Accounts Committee that oversees the Office of the Auditor-General and usually headed by an opposition member has not considered the audit reports over the years and has not recommended sanctions. Of what benefit, then, is this huge expenditure to the country if the committee rarely considers audit reports submitted by the Auditor General of the Federation? Incomprehensible!

8. National Assembly TV is wasting away

The total allocation to the House of Representatives is N49bn but 10% of this is for personnel costs, showing compliance with the RMAFC-approved remuneration. The devil is in the overheads with N39.6bn allocation. This means it costs Nigeria N110m every year to service the House of Reps members. A bulk of the overheads goes to committees activities and investigative hearings to which N8.8bn was allocated. The lower chamber has another budget of N3.845bn for vehicles. Live coverages cost N1.55bn and welfare packages will gulp N398m. Meanwhile, there is a fully licensed and equipped National Assembly TV not being utilised; this huge cost on live coverage to gulp another N2.25bn can reduced by putting that TV to use. Suspicious!

The Senate is no different. It has a budget of N2.76bn for vehicles and N1.247bn for purchase of security equipment. A sum of N10.9bn is allocated to legislative activities, N424m to photocopying machines and N1.27bn to legal services. The senate personnel line has a total cost of N1.86bn but N25bn for overheads costs. N25bn as overheads means it costs Nigerians N229m to service a senator annually. Gone are the days when leaders serve the people. Times have changed. These days, the people serve their leaders; and the Senate is one fine example. Pathetic!

10. National Assembly not yet leading by example