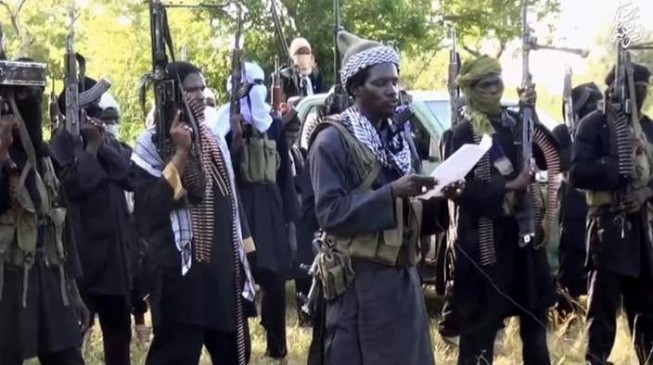 11:04 2016
Print This Article Share it With Friends
👤by Taiwo George  1 Comment
Advertisement

Cameroon has sentenced 89 members of the Boko Haram sect to death over terror charges, even though Nigeria, the hot bed, is yet to impose the penalty on any suspect.

According to the BBC, a military court tried the insurgents over their roles in several attacks in the northern part of the country which borders Nigeria.

Since 2009 when Boko Haram launched its campaign of violence, Cameroon has been its next target after Nigeria.

In January 2015, Abubakar Shekau, leader of the sect, threatened to attack Paul Biya, president of Cameroon, over his country’s role in the regional force set up to fight insurgency.

“Oh Paul Biya, if you don’t stop this your evil plot, you will taste what has befallen Nigeria,” Shekau had said in a video.

“If you do not repent, you will see the dire consequences. Your troops cannot do anything to us. I advise you to desist from following your constitution and democracy, which is unIslamic. The only language of peace is to repent and follow Allah, but if you do not, then we will communicate it to you through the language of violence.”

On his part, Biya vowed to wipe out Boko Haram.

About 850 members of the sect are currently in detention over alleged involvement in insurgency in Cameroon.

This is the first time that people have been sentenced to death since a new anti-terror law was passed in 2014.

TWITTER @thecableng
Copyright 2020 TheCable. All rights reserved. This material, and other digital content on this website, may not be reproduced, published, broadcast, rewritten or redistributed in whole or in part without prior express written permission from TheCable.
Tags
boko haramCameroonnigeriaPaul Biya
Advertisement