Ekweremadu, Gbajabiamila to lead lawmakers to S’Africa on ‘protest’ visit 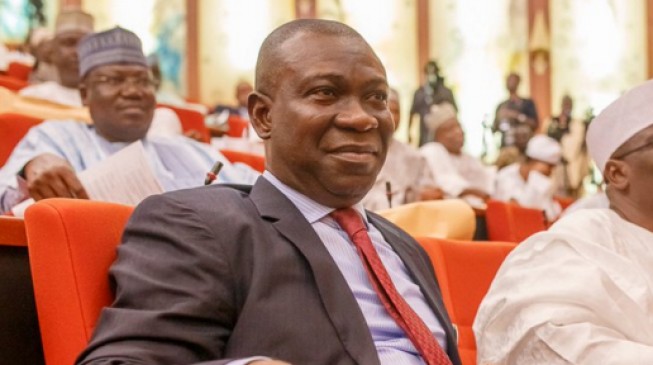 12:22 2017
Print This Article Share it With Friends
👤by Fredrick Nwabufo  0 Comments
Advertisement

Ike Ekweremadu, deputy senate president, will lead six members of the senate to the South African parliament to protest against the killing of Nigerians in the country.

Senate President Bukola Saraki announced the names of the members of the delegation on Wednesday.

Also, Femi Gbajabiamila, majority leader of the house of representatives, will lead five members of the house to South Africa for the same reason.

On Tuesday, the senate resolved to send a strong delegation to South Africa to protest against the attacks on Nigerians in the country.

The upper legislative chamber took the decision after‎ Rose Oko, a senator from Cross River north, moved a motion urging it to intervene in the resurgence of xenophobic attacks.

In recent times, aggrieved South Africans have attacked Nigerians and their businesses.

The Nigerian Union in the country reported that pieces of property worth millions were destroyed in the attacks.

Responding to the development on Tuesday, the senate resolved, “to send a strong parliamentary delegation to the South African parliament to register its displeasure at the xenophobic attacks on Nigerians”.

It also condemned the attacks.

Abike Dabiri-Erewa, senior special assistant to the president on foreign affairs and diaspora, had earlier warned the South Afric‎an government against the attacks, threatening consequences if they continue.

TWITTER @thecableng
Copyright 2020 TheCable. All rights reserved. This material, and other digital content on this website, may not be reproduced, published, broadcast, rewritten or redistributed in whole or in part without prior express written permission from TheCable.
Tags
Femi Gbajabiamilaike ekweremadusenateSouth Africa
Advertisement