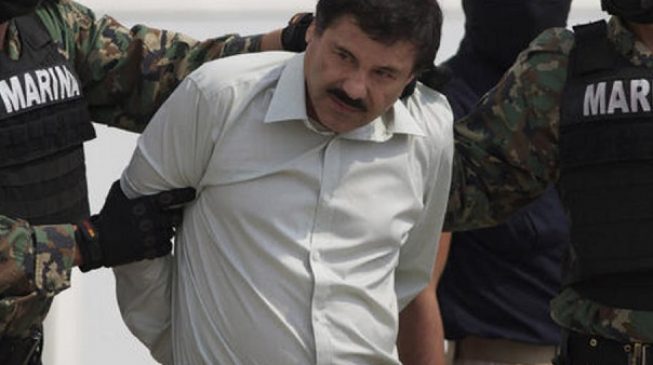 20:32 2019
Print This Article Share it With Friends
👤by Jerry Lenbang  0 Comments
Advertisement

The sentence was handed to the 62-year-old drug lord after he was found guilty of 10 charges, including running a murderous criminal enterprise that smuggled tonnes of drugs into the United States.

He was also directed to forfeit $12.6 billion during his sentencing in the US district court in Brooklyn, New York.

Guzman, who wore a gray suit and dark tie, had tackled the judge, by accusing him of making a mockery of the US justice system in “failing to order a new trial based on unsubstantiated allegations of juror misconduct.”

He made the comment in Spanish after he was allowed to speak for about 10 minutes in court before the sentence was handed down.

The drug lord also claimed that the solitary confinement by the US authorities have been “psychological, emotional, mental torture, 24 hours a day”.

“My case was stained and you denied me a fair trial when the whole world was watching,” Guzman said through an interpreter, who turns out to be one of his lawyers.

“What happened here is the U.S. is not better than any other corrupt country.”

It is believed that the drug kingpin, who has been in isolation for two and a half years, would serve out his sentence in the nation’s most secure federal prison in Florence, Colorado.

WHO IS EL CHAPO?

Guzman, whose nickname means shorty, is a prominent drug lord and former leader of the Sinaloa cartel, an international crime syndicate, who ran the cartel in northern Mexico.

He earned billions of dollars while serving as the head of the cartel, which government researchers dubbed the “most powerful drug trafficking syndicate in the Western Hemisphere.”

Considered to have been the most powerful drug trafficker in the world, Guzmán was on number 701, on Forbes’ 2009 list of the world’s richest men, with an estimated worth of $1bn.

He was first captured in 1993 in Guatemala and was extradited and sentenced to 20 years in prison in Mexico for murder and drug trafficking. El Chapo was said to have bribed the prison guards and escaped from a federal maximum-security prison in 2001.

He escaped by hiding in a laundry cart. He spent the next 13 years in hiding around his home town of Sinaloa. He was recaptured in 2014.

TWITTER @thecableng
Copyright 2019 TheCable. All rights reserved. This material, and other digital content on this website, may not be reproduced, published, broadcast, rewritten or redistributed in whole or in part without prior express written permission from TheCable.
Tags
El ChapoJoaguin GuzmanMexican drug kingpin
Advertisement