Gbaja: People will blame us if we don’t embark on a fact-finding mission to South Africa 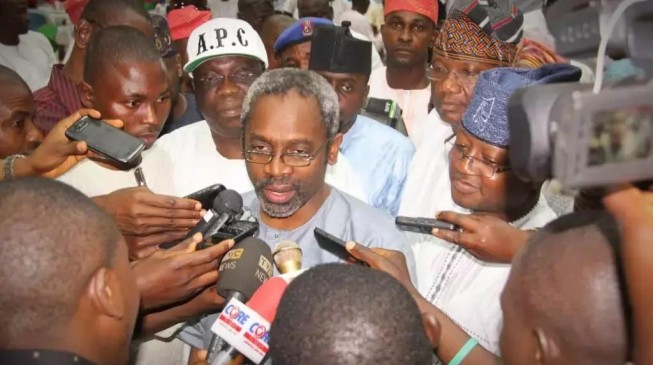 16:20 2017
Print This Article Share it With Friends
👤by Dyepkazah Shibayan  0 Comments
Advertisement

Femi Gbajabiamila, majority leader of the house of representatives, says the national assembly will be blamed if no delegation is sent on a fact-finding mission to South Africa.

The Nigerian community in that country has come under attacks in recent times, losing homes and businesses.

While Ike Ekweremadu, deputy senate president, has been mandated to lead six members of the red chamber to the South African parliament, Gbajabiamila is to lead another delegation on a protest visit to the country.

Speaking with journalists on Tuesday, Gbajabiamila described the trip as an attempt to seek solution to xenophobic attacks.

“Now, we are doing something out of the ordinary and again we are hearing ‘Why are you doing it?’ When it succeeds, we all will be happy.”

He said it was unfair to say that the legislators placed priority on Nigerians in South Africa over those at home.

Gbajabiamila said the lawmakers have pledged their commitments to all Nigerians, explaining that delegations have been sent to southern Kaduna and other troubled spots in the country.

“On the issue of IPOB, and issue of southern Kaduna, charity begins at home, those who follow what happens in the national assembly know that southern Kaduna matter is brought up on a regular basis, and delegations have been sent there and other parts of Nigeria where there were attacks. I don’t believe we sat down idly and did nothing,” he said.

“The international dimension is a different dimension, other countries are involved and it has become international, so we are going on a fact-finding mission.”

He waved aside the suggestions that Nigeria should severe diplomatic relations with South Africa over the attacks, saying that would be the last resort.

“Our country is afraid of no one. When you say are a big brother, retaliation is not the first step to diplomacy,” he said.

“Cutting off ties and retaliation are always the last resort, it will always be on the table but it will be the last resort. Not too long ago, Nigeria slammed perhaps the biggest South African company a fine of N3.5 billion, there was no question of being afraid to slap such a hefty fine which many argue could have crippled MTN.”

Also speaking, Nnena Ukeje, chairperson house committee foreign relations, said lawmakers were going to remind their South African counterparts that they are signatories to the United Nations treaties against xenophobia and racism.

“We will be reminding them that silence is complicity. I don’t see how that can fail because we are taking a message to them,” she said.

TWITTER @thecableng
Copyright 2019 TheCable. All rights reserved. This material, and other digital content on this website, may not be reproduced, published, broadcast, rewritten or redistributed in whole or in part without prior express written permission from TheCable.
Tags
Femi GbajabiamilaSouth Africaxenophobic attacks
Advertisement