Gulak: I was offered $2 million to manipulate Imo guber primary 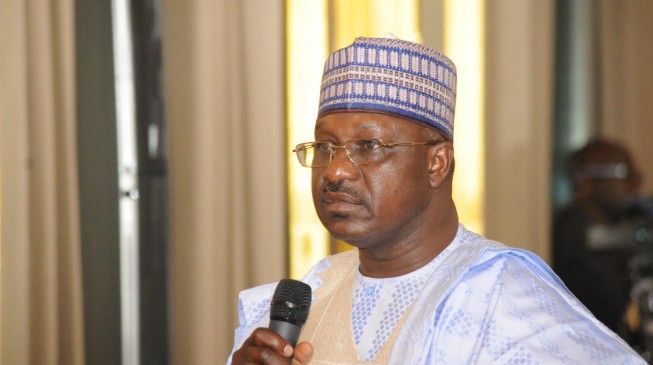 10:40 2018
Print This Article Share it With Friends
👤by Chinedu Asadu  1 Comment
Advertisement

Ahmed Gulak says he was offered bribe to manipulate the All Progressives Congress (APC) governorship primary in Imo.

The APC chieftain was the chairman of the panel that oversaw the exercise.

Gulak, a former adviser to ex-President Goodluck Jonathan, says an unnamed person offered him $2 million and a private jet flight to Imo state before the primary began.

In an interview with Vanguard, Gulak told of how he was nearly “kidnapped” alongside members of the panel when they arrived Imo.

“…Even before I went to Imo state, I was offered a private jet to take me to Imo state but I refused because I didn’t want to be compromised,” he was quoted as saying.

“I refused the private jet and even the tempting offer made to me, very tempting, we are talking about two million dollars here, which I refused.

“Although, I tried to persuade them that I was going to do what is needful, free and fair primaries. Every stakeholder must be involved.

“Immediately we landed at the airport, that was where the problem started. They wanted to kidnap every member and only God knows where they wanted to take us to, which I refused.”

Okorocha maintains that Uche Nwosu, his son-in-law, is the authentic winner of the primary.

Gulak also alleged that the governor forced members of the electoral panel to declare Nwosu winner of the primary.

Nwosu had been announced winner before the NWC cancelled the exercise.

According to Gulak, “after the collation, few others and myself escaped from where we would have been conscripted. The governor himself came to take everybody in the hotel but before he arrived, about four of us escaped and he moved other members including the secretary.

“He took them to government house and they read a prepared speech declaring his son in-law the winner of that exercise. But I had already left Owerri for Abuja where I submitted my result”.

The outcome of the primary election is still being contested in court.

TWITTER @thecableng
Copyright 2020 TheCable. All rights reserved. This material, and other digital content on this website, may not be reproduced, published, broadcast, rewritten or redistributed in whole or in part without prior express written permission from TheCable.
Tags
ahmed gulakHope UzodimmaImoImo APCrochas okorochaUche Nwosu
Advertisement