IGP: No law prevents me from marrying a serving policewoman 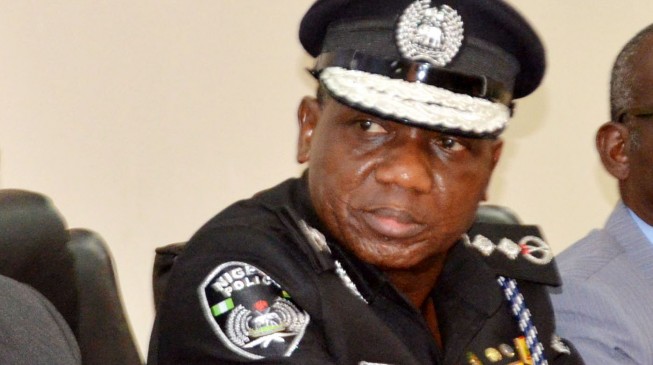 08:24 2017
Print This Article Share it With Friends
👤by Dyepkazah Shibayan  1 Comment
Advertisement

Ibrahim Idris, inspector-general of police (IGP), says the police act does not prevent him from marrying a serving policewoman.

The senator said Idris married one Asta, a deputy superintendent of police (DSP), an act which he says contravenes the police act.

Thereafter, an ad hoc committee of the senate was set up to probe the allegations against the IGP.

Idris appeared before the panel on Wednesday after the lawmakers threatened to issue a warrant for his arrest.

He did not respond to the allegations levelled against him by Misau.

But in an address filed at the court by Alex Izinyon, his counsel, Idris said Misau’s allegation of him having affair with policewomen is “laughable”.

The IGP said until the senator brings a section of the police act to buttress his point, it would amount to discussing his personal life at the senate, which should not be entertained.

“This allegation is laughable and showed lack of understanding of the provisions of the police act and regulation,” read the address seen by PUNCH.

“Until he brings such section of the police act, it will amount to discussing the inspector-general of police’s private life, which ordinarily should not have been entertained on the floor of the senate.

“It might be appropriate to remind the senator, whose mother retired from the police as an Inspector of Police and a father who retired from the police as an assistant inspector-general of police, that the inspector-general of police is a Moslem and, according to Islamic law, can marry four wives provided he can love them equally.

“The senator also alleged that the inspector-general of police is in a relationship with one corporal Amina whom he claimed was promoted from the rank of corporal to an assistant superintendent of police within 12 months.

“This allegation is false and the senator is under obligation to give the full particulars of the female police (officer), where she is serving and her duty post.”

It added that it is not possible to promote a corporal to the rank of an ASP except the officer has attended an in-service cadet course.

TWITTER @thecableng
Copyright 2020 TheCable. All rights reserved. This material, and other digital content on this website, may not be reproduced, published, broadcast, rewritten or redistributed in whole or in part without prior express written permission from TheCable.
Tags
Ibrahim IdrisIsah Misau
Advertisement