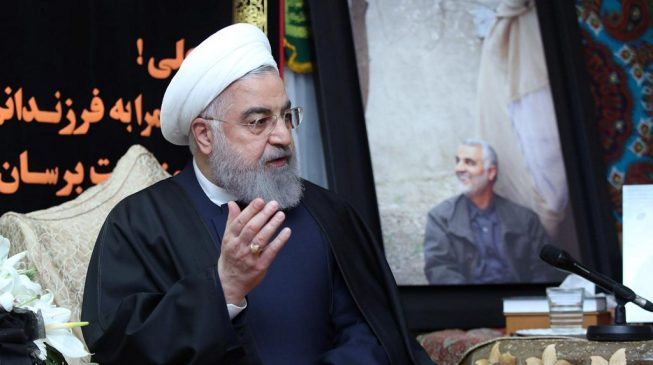 08:10 2020
Print This Article Share it With Friends
👤by TheCable  0 Comments
Advertisement

The aircraft which belongs to Ukraine International Airlines crashed a few minutes after take-off from Iran’s Imam Khomeini airport in Tehran, killing all passengers and crew on board.

Eighty two Iranians, 57 Canadians and 11 Ukrainians and some citizens of Sweden, the UK, Afghanistan and Germany died in the crash.

The crash happened as Iran launched missile strikes on US military bases in Iraq.

Iran previously denied that it shot down the passenger plane, but US officials said the country mistakenly shot down the aircraft.

In a statement, the Middle East country admitted to downing the aircraft,  but blamed its action on ”human error”.

It said the plane was mistaken for a ”hostile target” because it flew near a sensitive area.

”Human error at time of crisis caused by US adventurism led to disaster.

”Our profound regrets, apologies and condolences to our people, to the families of all victims, and to other affected nations.”

Tension between the US and Iran escalated following the killing of Qasem Soleimani, Iranian general.

Dozens of missiles landed on US military bases in Iraq on Tuesday, but hours after the attack, US President Donald Trump said his administration wanted peace, deescalating the crisis.

TWITTER @thecableng
Copyright 2020 TheCable. All rights reserved. This material, and other digital content on this website, may not be reproduced, published, broadcast, rewritten or redistributed in whole or in part without prior express written permission from TheCable.
Tags
crashIranUkrainian aircraftus
Advertisement