Jonathan: I DID NOT negotiate with Boko Haram 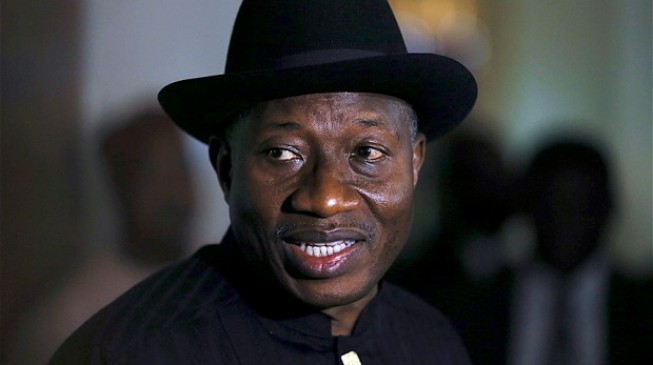 14:28 2016
Print This Article Share it With Friends
👤by Taiwo George  0 Comments
Advertisement

Former President Goodluck Jonathan has denied entering into any peace deal with the Boko Haram sect.

In an interview with Quartz, a news website, on the sidelines of his recent press conference at Geneva, Switzerland, Jonathan said his government did not set up any negotiating team.

“I did not negotiate with Boko Haram. The government never set up a team,” Quartz quoted him as saying.

Tukur had told the Voice of America that the government was meeting with Danladi Ahmadu, Boko Haram’s representative, and high-level officials from Chad and Cameroon.

Subsequently, Abati buttressed Tukur’s statement by saying he was optimistic that the talks would produce “concrete and positive”.

But Abubakar Shekau, leader of the group, embarrassed the immediate past government in a video, which he released weeks after the sect staged several attacks, which contradicted the terms of the said peace pact.

Jonathan also denied the allegations of corruption against his government, saying he knows that “one day the truth will come out”.

Making reference to allegations of missing money made by Sanusi Lamido, former Central Bank governor, Jonathan said: “Because of politics, some people come up with more money and say that $49.8 billion were missing within 18 months.

“The same person who raised the issue, within two days said the money was $12 billion, and the two days later said it was $20 billion.

“Regarding the $9 billion, the truth will come out.”

TWITTER @thecableng
Copyright 2019 TheCable. All rights reserved. This material, and other digital content on this website, may not be reproduced, published, broadcast, rewritten or redistributed in whole or in part without prior express written permission from TheCable.
Tags
Goodluck JonathanHassan Tukurreuben abati
Advertisement

The road trip challenge: Will Fashola accept it or not?