Kogi govt: We will go after gunmen who attacked FC Ifeanyi Ubah 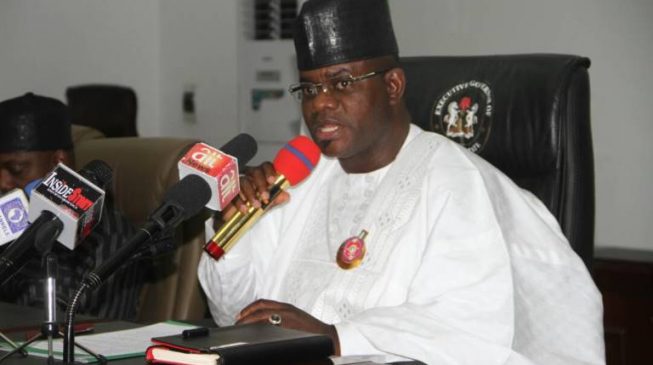 12:30 2019
Print This Article Share it With Friends
👤by Remi Sulola  0 Comments
Advertisement

Kogi state government has expressed “deep concern” over the attack on officials and players of FC Ifeanyi Ubah, near Lokoja.

The team members were on their way to Kano for the Nigeria Professional Football League (NPFL) day six fixture when the incident happened.

The state government expressed confidence in the capacity of the operatives of operation total freedom to apprehend the perpetrators and bring them to justice.

Kingsley Fanwo, director general of media and publicity to Yahaya Bello, told journalists on Friday that such attacks are not a usual occurrence in the state.

He said the attack is an isolated case aimed at “denting the highly effective security architecture in the state”.

Fanwo said: “The Kogi state government is sad over the attack on officials and players of FC Ifeanyi Ubah who were journeying through Kogi state to honor an away fixture in the league.

“The Governor has directed the state security adviser, commander Jerry Omodara (Rtd) to quickly rally security operatives to ensure those who perpetrated the dastardly act are apprehended and prosecuted.

“The Kogi state government will not take its feet off the pedals in ensuring a strong message is sent to criminals that Kogi remains closed to their nefarious activities.”

TWITTER @thecableng
Copyright 2020 TheCable. All rights reserved. This material, and other digital content on this website, may not be reproduced, published, broadcast, rewritten or redistributed in whole or in part without prior express written permission from TheCable.
Tags
FC Ifeanyi UbahJerry OmodaraKingsley FanwoKogi state governmentYahaya Bello
Advertisement