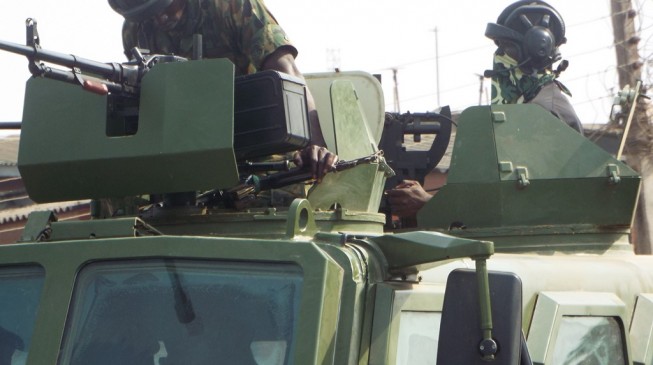 21:16 2017
Print This Article Share it With Friends
👤by TheCable  0 Comments
Advertisement

Acting President Yemi Osinbajo has ordered the deployment of extra military battalion in the troubled parts of Taraba state.

Osinbajo took the action hours after some elders in Fulani communities in Saraudana local government area of the state sought his intervention.

A fresh outbreak of crisis in the state led to the deaths of over 100 people and destruction of property.

In a statement issued on his behalf by Laolu Akande, his spokesman, Osinbajo condoled with the victims and vowed that those behind the attacks would be brought to book.

“The acting president condoles with the victims of the recent violent attacks in a number of communities in Taraba state, where deaths have been reported,” the statement read.

“He condemns the acts of violence, adding that perpetrators of the attack would be brought to book.

“While commiserating with the people of the affected communities, the entire government and people of Taraba state, the Acting President yesterday summoned and held an emergency meeting with top security officials of the federal government and Governor Darius Dickson Ishaku.

“Acting President Osinbajo has therefore ordered the deployment of an extra military battalion, police reinforcements and also a deployment of the Nigeria Security and Civil Defense Corps in the areas affected.

“Equally the acting president has ordered the provision of relief materials to be delivered to the affected communities in Toffi, Mayo Daga, Mayo Sina, Tamiya, Kwara-Kwara, Tungan Lugere, Timjire, Nguroje and other villages in the hinterlands of Mambilla Plateau.”

TWITTER @thecableng
Copyright 2020 TheCable. All rights reserved. This material, and other digital content on this website, may not be reproduced, published, broadcast, rewritten or redistributed in whole or in part without prior express written permission from TheCable.
Tags
fulanitarabaYemi Osinbajo.
Advertisement