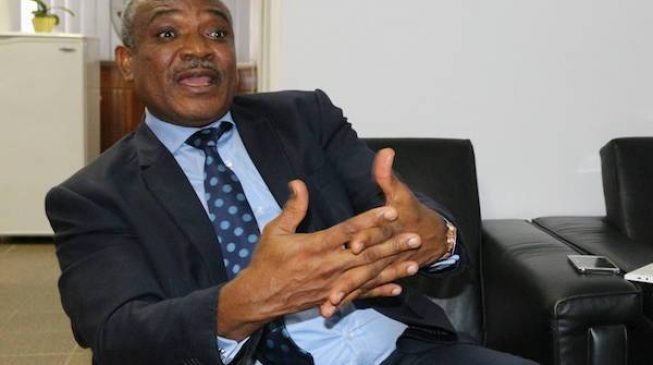 15:12 2019
Print This Article Share it With Friends
👤by Femi Owolabi  0 Comments
Advertisement

Okoi Obono-Obla,  suspended chairman of the Special Presidential Investigation Panel for the recovery of Public Property (SPIP), has reportedly filed a suit against the Independent Corrupt Practices and Other Related Offences Commission (ICPC).

Obono-Obla, who was suspended a day after he claimed that there were some highly placed persons frustrating the works of the SPIP, is being investigated for alleged falsification of records and financial impropriety by the ICPC.

In a letter announcing his suspension, Obono-Obla was asked to step aside until the commission concludes its investigation.

According to Punch newspaper, Obono-Obla refused to appear before the ICPC on Monday, and had proceeded to the federal high court in Abuja on Tuesday to challenge the probe.

The newspaper reported its sources confirmed that Obono-Obla refused to appear before the ICPC owing to his plan to challenge the summons by the commission.

Oluwatosin Ojaomo, who served as a prosecutor under him at the SPIP, was quoted to have said that Obono-Obla, in the suit, is seeking to restrain the ICPC from arresting or summoning him.

“He contends in the suit that the ICPC had already judged him and convicted him before inviting him for interrogation,” Ojaomo reportedly said.

Obono-Obla was not available to comment on the issue as his telephone was switched off.

Raheedat Okoduwa, ICPC’s spokesperson, did not immediately respond to TheCable’s message seeking a response on the matter.

TWITTER @thecableng
Copyright 2020 TheCable. All rights reserved. This material, and other digital content on this website, may not be reproduced, published, broadcast, rewritten or redistributed in whole or in part without prior express written permission from TheCable.
Tags
ICPCOkoi Obono-OblaSPIP
Advertisement